History of Plug and Receptacles

The very first electrical plug and socket were invented by a visionary innovator, Harvey Hubbell in the year 1904. During the starting years, the basic design of Hubbell’s electrical plug involved a socket screwed into a lamp-holder, (the early lamp-holder plug design) with a separable plug having blades or pins (US Patent 774,250). In 1906, the Hubbell catalog highlighted a plug having flush mounting sockets for being used in floors or walls. Later, the Hubbell pattern was adopted by several manufacturers; and by 1915, electrical plugs were a widespread phenomenon.

Power plugs are detachable connectors that are responsible for supplying electric current from the power source to an electronic device. Different kinds of power plugs are available for varied kinds of wiring systems. These plugs normally have pins that are inserted into the outlet. It is with the help of these pins that the electric current travels through insulated wires and reaches an appliance/device/machine. Power plugs are divided into several categories on the basis of the country they are meant to be used in as well as specific power requirement. For instance Type A plugs, which are identified by two flat parallel blades/pins and are ideal for small electronic devices, are meant to be used in the United States, Mexico, Japan, Columbia, Costa Rica and several other nations. Similarly, they are divided into further types including E, F, G, H and so on.

Plugs are correctly connected with the insulated wires on the basis of a color-coding system. The standard 3 pin plug uses a black (live) wire, a white (neutral) wire and a green (ground) wire. These color-coded wires correspond to the wires of the same colors installed in the main wiring system of a residential or commercial establishment. Once connected, these plugs are firmly secured inside the electrical outlets present on the wall or floor. When the male metal prongs of the electrical plugs come in contact with the metallic (covered with plastic) female outlets, the resultant conductive connection allows the required amount of electricity to pass freely through the insulated wire and power an electronic device.

Electrical outlets, also known as receptacles, are sockets that are used to establish an electrical connection between an electronic device and power supply. In dwellings, commercial buildings or any other establishment, these outlets are mainly installed in walls; although, at some places they can be seen fitted in the floor as well. Power receptacles are an important part of a property’s wiring structure and can be found installed in great numbers all across an establishment for providing several points of electrical connections. These receptacles can either have their own dedicated circuit for preventing overloads or are connected to a single common circuit.

The modern day power receptacles come with a number of additional security features, which are primarily designed to address short circuits, electrical overload and other issues that might pose threat to life or property. Plastic capping technique can also be used for childproofing an electrical socket at home or workplace, thereby preventing curious children or pets from coming into direct contact with the electricity inside.

Different countries make use of different kinds of power receptacles. This not only requires different arrangements of electrical plugs, but also demands for power converters to match with the voltage requirement of the electrical devices, which might also vary in different countries. Travelers must have converter plugs at their disposal to establish easy connections with different types of receptacles, along with converting the voltage requirement according to the usage.

If you have any questions please contact us by phone, fax, email or by completing our online contact form. 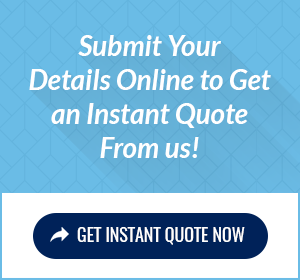